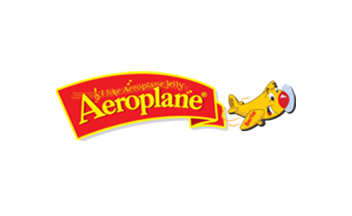 Aeroplane Jelly has a special place in the hearts of all Australians. It could be the nostalgia you feel every time you hear that jingle or taste your favourite flavour. Or it could be because Australia’s favourite jelly has been around since 1927.

That’s when tram driver Bert Appleroth first made jelly crystals at home in his bathtub and began distributing them along his Sydney tram route.

Aeroplane Jelly soon became a household name and grew to become Australia’s largest family-owned food manufacturer until it was acquired by McCormick Foods in 1994. Today more than twenty million packets of wobbly Aeroplane Jelly are enjoyed in homes across Australia each year.

The growth of Aeroplane Jelly from Bert’s backyard to one of Australia’s most iconic brands is an amazing story. A story filled with events like the time Bert dropped jelly onto Sydney beaches from an aeroplane as a publicity stunt, the birth of “Bertie the Aeroplane” in the 40s and a radio competition back in 1938 when five-year-old Joy King was chosen to record the memorable Aeroplane Jelly jingle.

Aeroplane Jelly still has the same great taste it did back in 1927. But our jellilicious range has blossomed to include Original, Jelly Lite, Naturals and Ready to Eat.The flavours too have evolved, but there is one constant.